Read the Waves, Learn the Lineup, and Position Yourself to Catch More Waves

New surf spots can be a daunting experience, but they don’t have to be. Wanna learn how to catch more waves?

With a bit of good surf etiquette, wave knowledge, ocean awareness, and taking into account the politics and pecking order of a lineup, you can catch more waves at new surf spots.

Dive into this full video and soak up the details to help transform your future surfs!

Number One Rule – Just Be Nice

The number one rule for catching more waves at new surf spots is simple. Don’t be a dick!

Just be nice! Be polite! Pay attention to the hierarchy. And the biggest piece of advice I can give you is to compliment someone else’s surfing.

Surfing is such a ridiculously ego driven sport, that if you throw some positive comments towards somebody in the surf it’s a quick surefire way to change the vibe and win yourself some brownie points in the lineup.

For a minimum of 10 minutes just watch the break. That’s it. The key however is being an active observer.

The more time you spend actively observing a break the more specific you can be with your positioning, which ultimately will help you catch more waves.

Read the Lineup & Read the People

Who’s who in the lineup?

Who is the expro shredder that you shouldn’t sit behind because you won’t get a wave?

Who is the grumpy old guy at the top that is a living embodiment of a curmudgeon?

Who’s too timid and sitting on the shoulder?

Who keeps falling on waves?

The Reality of Your Skill

Do you have the skill level required to succeed that day?

In regards to Skill, what I really mean is the Venn Diagram of surfing Skill.  Please go read this article “How To Surf Bigger Waves & Conquer Fear“, where I dive into the Skills required: Physical Capacity, Mental & Emotional Durability, and Technical Skill. 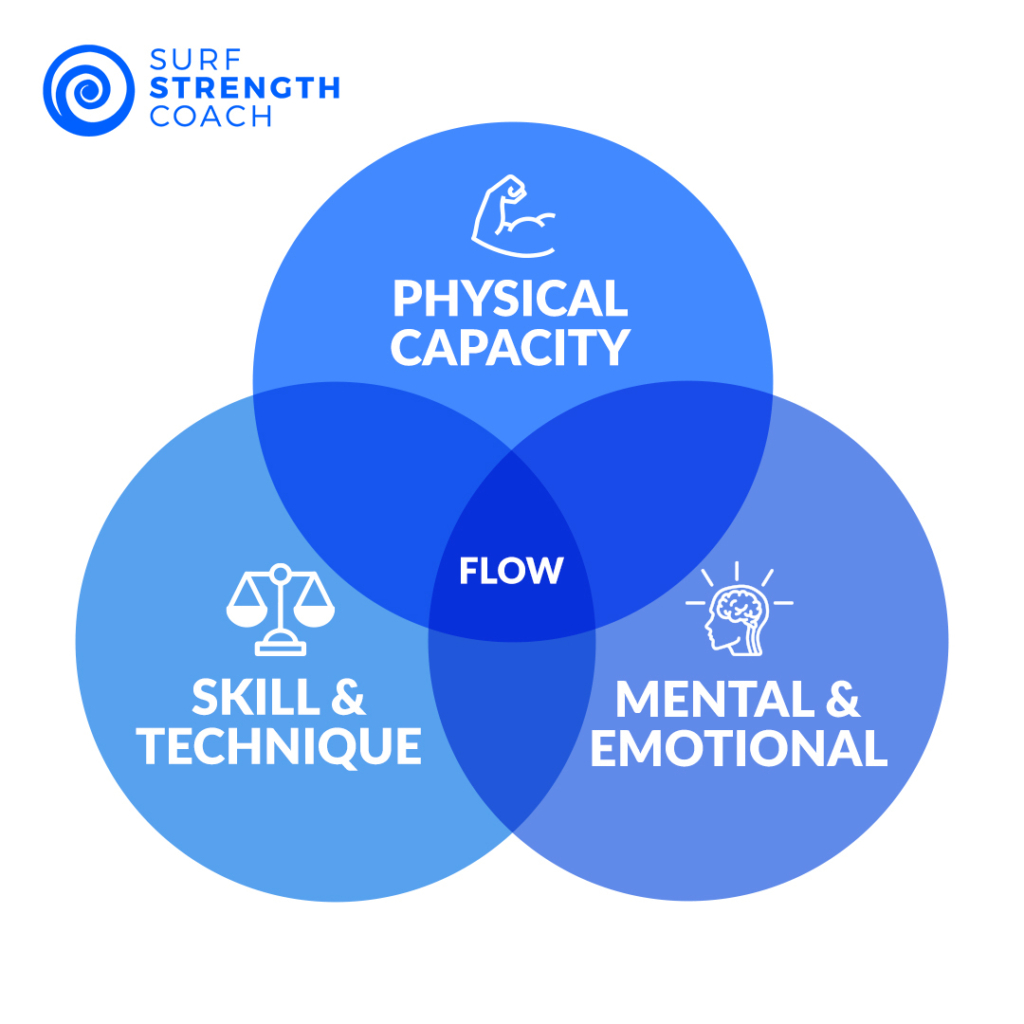 Do you have the skill level to be out there mingling with the pack and succeeding?

Or does your skill level lend you to sitting a bit wide and hoping for a wide set?

Do you have the board handling capabilities to sit inside and catch the sneaky inside runners, yet still duck dive relentlessly?

This is a truly relevant question to ask yourself, because the answer will dictate 2 things: 1) Where you can position yourself in the lineup, and 2) Will you successfully catch waves or just become frustrated?

To be bluntly honest, certain waves and certain lineups require a certain level of skill simply so you can be “competitive” within the lineup. This is a true yet somewhat unfortunate aspect of surfing.

Gone are the days of often-found empty waves. We often have to surf in crowds, and at times, base the decision of where to surf on inherent skill levels.

Learn to Read the Surf

There aren’t shortcuts to this. You are trying to read the energetic language of the ocean and it takes time to develop mental models and visual interpretation.

No matter where you are on your surfing journey, become an active observer in how you read, watch, interpret, and react to waves.

If you’re a lesser skilled surfer I highly suggest you find a better surfer, befriend them, and ask them to help you read the surf.

This will pay dividends in your surfing journey.

The more effectively you can read waves, the better you can place yourself in the lineup.

Which sets sneak through?

Which waves are going wide?

And which waves break at a different part of the reef or sandbar?

Is the surfer at the top taking off on a wave and he / she is way too deep and it’s going to close out?

All of these questions, and more importantly, your ability to read the surf and then position yourself based on those questions above, can seriously up your wave count.

Become an active observer of the ocean. Every time you get in the water is an opportunity to improve your visual understanding of the ocean. This is paramount to your surfing journey.

I sincerely hope this helps and gives you a few new things to consider for your next surf.

Do You Want a Follow Along Program for Surf Fitness Training?